At Rakuten, we generally use Kubernetes to run our services. Kubernetes enables us to operate robust systems at scale. However, Kubernetes is not perfect and in edge cases it may behave in unexpected ways. For example, during rolling deployments we expect no request failures — a reasonable expectation, right? But when we ran functional tests during a deployment we noticed some requests failing — to our surprise. After researching this for a while we learned that…

Even after starting the pod shutdown process, which includes sending a TERM signal to pods, Kubernetes still sends new requests to the pod. Because there is no orchestration between Kubernetes sending TERM signal and removing the pod from its service endpoint list. Those 2 operations can happen in any order, possibly with delay in between them. Yikes 😬.

In this article, we explore the Kubernetes pod eviction mechanism and show different approaches to avoid these surprising errors in apps deployed with Kubernetes.

A pod can be evicted for multiple reasons. For example, when a node is drained, via kubectl delete, or when the scheduler evicts pods to allow the execution of higher-priority ones. The eviction process starts when the API server modifies the state of a pod in etcd to the Terminating state. The node’s kubelet and the endpoints-controller are continuously watching the pod’s state. Once they notice the termination state they start the eviction process:

Both operations are asynchronous.

When kubelet acknowledges that a pod should be terminated, it initiates a shutdown sequence for each container in the pod. First, it runs the container’s pre-stop hook (if it exists), then sends a TERM signal, and finally waits for the termination of the container. This sequential process should take less than 30 seconds (or the value in seconds specified in the spec.terminationGracePeriodSeconds field). If the container is still running beyond this time, kubelet waits for 2 more seconds, and then kills the container forcibly by sending a KILL signal.

In parallel, the endpoints-controller removes the pod’s endpoint by requesting the API server. This server notifies all the kube-proxies on the worker nodes. Each kube-proxy removes the endpoint from the iptables rules in its node. Note that changes in the iptables do not affect already established connections.1

To achieve graceful shutdowns in pods, it is important to understand the asynchronous nature of the pod eviction process. We cannot make assumptions about which of the eviction processes will complete first. If the endpoint removal process finishes before the containers receive the TERM signal, no new requests will arrive while the containers are terminating. That’s what we expect (or hope 😅). However, if the containers start terminating before the endpoint removal process is finished, the pods will continue to receive requests. In that case, clients will get “Connection timeout” or “Connection refused” errors as responses. Because the endpoint removal must propagate to every node in the cluster before it is complete, there is a high probability that the pod eviction process completes first. LearnK8s created a neat visual representation of these two scenarios.

Now that we understand the cause of the problem let’s look at different solutions!

First of all, we must make sure that the application terminates gracefully when the kubelet sends the TERM signal to the container.

Your code should listen for this event and start shutting down cleanly at this point. This may include stopping any long-lived connections (like a database connection or WebSocket stream), saving the current state, or anything like that.

Next, you should double-check that your application is actually receiving the TERM signal — it might not! For example, the busybox sh that comes with Linux Alpine does not pass signals to children. We need a more capable shell (e.g. bash) or an init system can handle and forward signals.

Moreover, we don’t control how off-the-shelf software reacts to a TERM signal. For example, HAproxy performs a hard stop when it receives the TERM signal and terminates gracefully when it receives the USR1 signal. So we need to re-map the signal we receive from Kubernetes (TERM) to the signal that HAproxy “understands” (USR1). In the following example, we use dumb-init to handle signals, convert the TERM (15) to USR1 (10) by using the —-rewrite option and send the signal to HAproxy.

Idea #1: Sleep in the pre-stop hook

A common mitigation is to pause the pod eviction process in order to wait for the endpoint removal process to propagate throughout the Kubernetes cluster. After all, not only kube-proxies must be notified, but also other components such as ingress controllers and load balancers. To do that, we can use two settings in the pod spec: spec.lifecycle.preStop and spec.terminationGracePeriodSeconds.

How long should I wait in the pre-stop hook?

It depends on the latency of your network and the nodes. You may need to perform some tests to find out this value. However, multiple sources suggest a value between 5-10 seconds should be enough for most cases.

Next, spec.terminationGracePeriodSeconds is the time limit that kubelet will wait before killing the container forcibly. The termination grace period starts from the execution of the pre-stop hook. Again there is no universally correct length for the grace period, you must calculate the value for spec.terminationGracePeriodSeconds based on your cluster and application behavior. It should include the sleep time in the pre-stop hook and the termination time of your application.

For example a 20 second delay with up to 40 seconds of application shutdown time results in the following config:

An important note about long-lived TCP connections: the endpoint eviction does not affect established connections. So either you need a long enough spec.terminationGracePeriodSeconds to terminate long-lived connections, or you need to ensure that connections are short-lived.

Sleep in the pre-stop hook - Trade-Offs

Sleeping in the pre-stop is a trick to avoid a problem that will (hopefully) be solved in the future. However, the pre-stop hook is not intended for this purpose, abusing the hook may make the deployment fail in future Kubernetes releases.

Moreover, this approach requires guesswork. If we sleep too long deployments become unnecessarily slow, if we don’t sleep long enough we don’t resolve the problem.

Another positive aspect is that the configuration is spatially close, right next to each other in the config file. In other words, it has high spatial cohesion, which improves readability & maintainability.

Instead of sleeping in the pre-stop hook, we can wait in the application for some time until (hopefully) no more requests come in. Application frameworks and runtimes expose hooks to receive & handle process signals2, for example in Express.js applications:

For off-the-shelf software we can wrap the application in a launcher.sh shell script, continuing the HAProxy example from above:

And use this script in the Dockerfile3

This mitigation mechanism is based on the same underlying idea of waiting with the hope that, eventually, Kubernetes will not route new requests to the pod. The only difference is where this delay happens: in idea #1 it is in a Kubernetes pod lifecycle hook, in idea #2 it is in the application container. So really, it’s just 2 different implementations of the same idea.

Therefore the same considerations about estimating the “right” delay time & grace period apply. There is no guarantee that the endpoint eviction will complete before waiting for some seconds. So you need to analyze the latencies in your infrastructure and your application to determine the “right” waiting values. Remember that endpoint eviction does not affect established connections, so either you need a long enough spec.terminationGracePeriodSeconds to terminate long-lived connections or you need to ensure that connections are short-lived.

This approach modifies the application binary (the container image), so it can work on other orchestration systems (except for the spec.terminationGracePeriodSeconds). For us, that is a future, possible benefit, not an actual advantage that we utilize right now.

However it has drawbacks, firstly it forces us to forego graceful shutdown behavior that is built into application frameworks like Spring Boot.

Secondly, it suffers from low spatial cohesion - the delay timing is now encoded in the application source code, while the upper bound (spec.terminationGracePeriodSeconds) is in the Kubernetes object description. This makes the approach less readably (or understandable) because you have to look at 2 different files, possibly in 2 different code repositories, to understand the full picture. It also makes it harder to maintain, because you have to orchestrate application changes (delay timing) with configuration changes (spec.terminationGracePeriodSeconds).

In internal discussions we outlined a 3rd approach that seems more robust than the others, but complicates the application:

This may or may not work, depending on when Kubernetes decides to stop sending health checks. We did not try this approach because it is a lot more complicated than a sleep and we can accept slower deployments. But, in theory, it is more reliable than ideas #1 and #2.

In summary, we described the Kubernetes pod termination process, give recommendations on how to cleanly handle the TERM signal in different scenarios. Finally, we describe several techniques that allow us to avoid failures during Kubernetes pod eviction, e.g. during rolling deployments. None of the techniques are perfect, idea #1 & #2 require magic numbers which rely on the latencies in your infrastructure, your application shutdown and the long-(/short)-lived-ness of connections. But we have successfully used these mitigations in production services with 0% error rate during deployments4. Idea #3 is just that - an idea. We have not implemented it, so your mileage may vary. 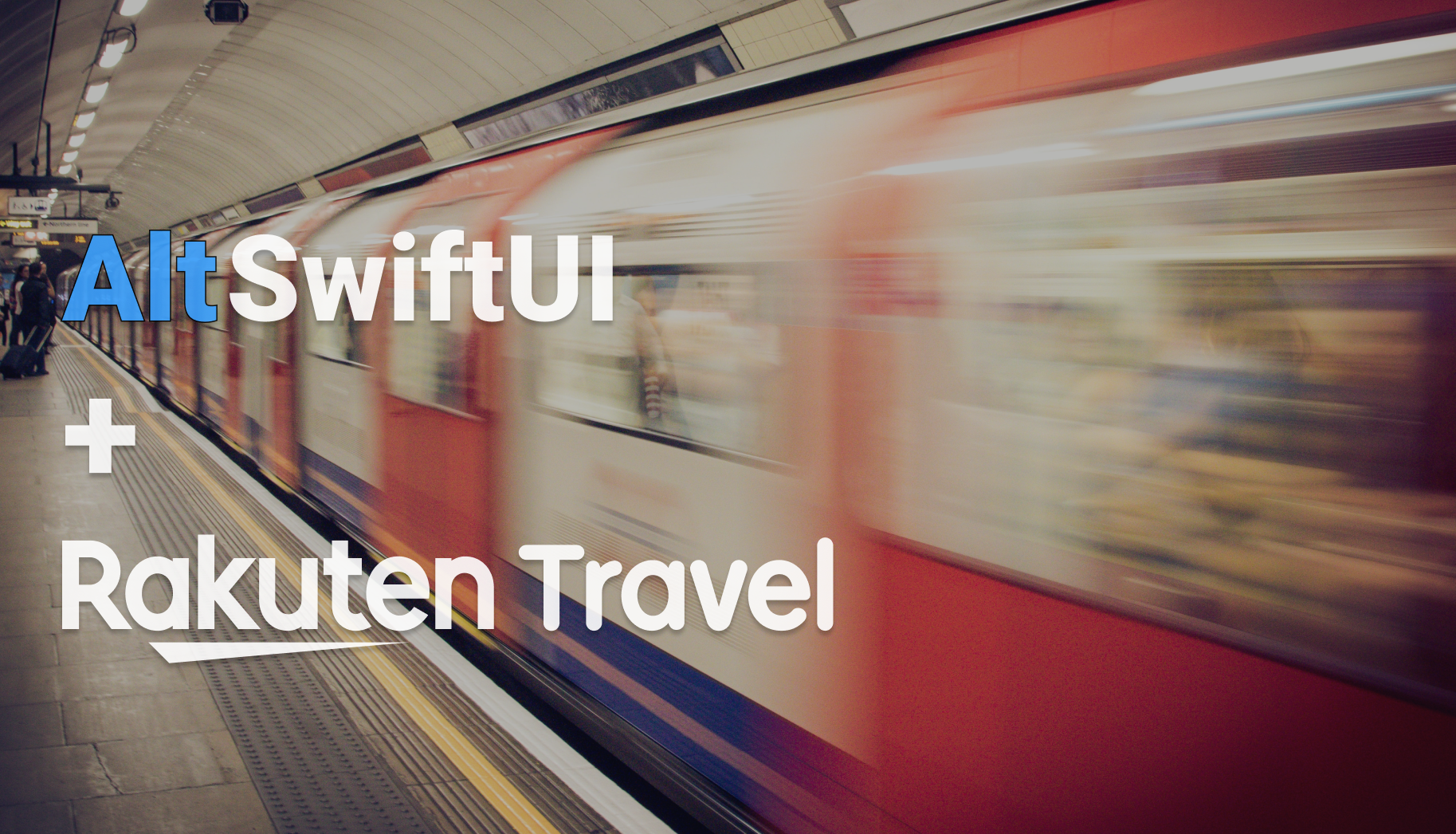 What is AltSwiftUI and how we introduced it in Rakuten Travel 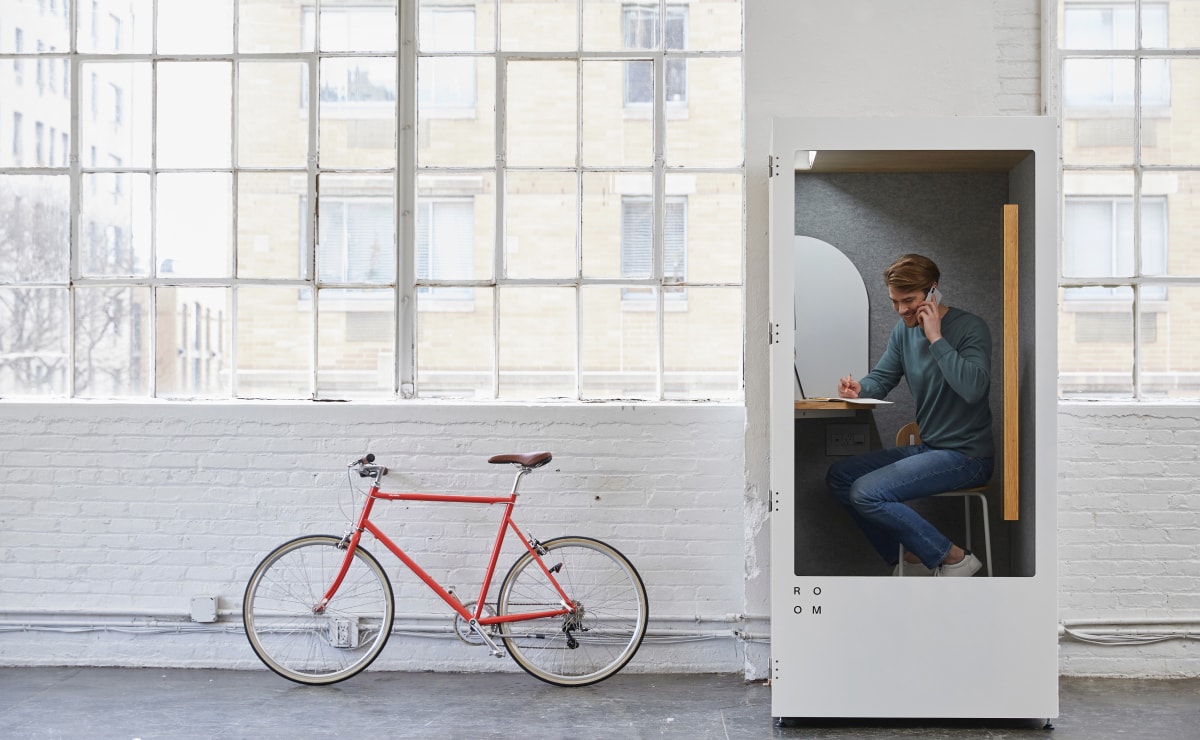